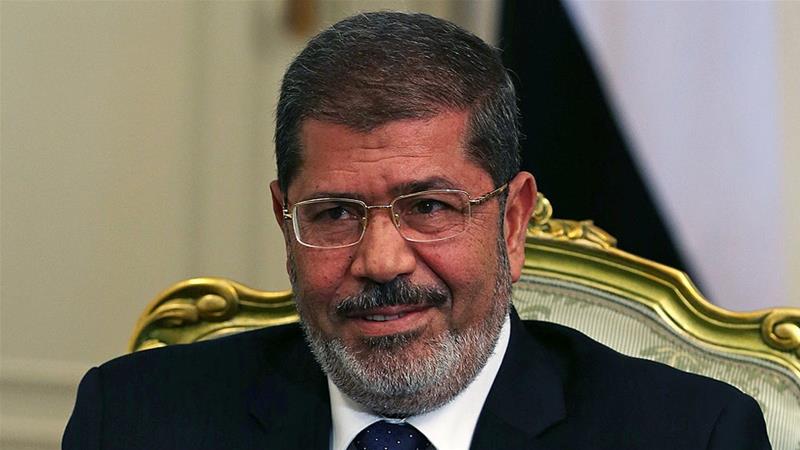 Egypt's army has removed President Mohammed Morsi from power, suspended the constitution and pledged new elections following mass protests. The army chief announced the move in a TV address. The head of the constitutional court is expected to be sworn in as interim leader on Thursday. Mr Morsi's supporters denounced the move as a military coup and said he was being held in detention. His opponents celebrated through the night in Cairo's Tahrir Square.

The military moved quickly after the TV address by army chief Gen Abdul Fattah al-Sisi, who said Mr Morsi, Egypt's first freely elected president, had "failed to meet the demands of the Egyptian people". Military vehicles were seen fanning out across the capital. Muslim Brotherhood media spokesman Gehad el-Haddad told the BBC that Mr Morsi had been put under house arrest and the "entire presidential team" was in detention.

The BBC's Kevin Connolly in Cairo says no-one knows what will happen next. The danger, he says, is that both sides will try to settle differences by bringing supporters on to the streets. The army has said it will not allow that to happen but, our correspondent says, it will not be easy to stop.

Mr Morsi became Egypt's first Islamist president on 30 June 2012, after winning an election considered free and fair following the 2011 revolution that toppled Hosni Mubarak. However his term in office was marred by constant political unrest and a sinking economy. The mass protests at the weekend that led to the army's intervention were called by the Tamarod (Rebel) movement, in response to worsening social and economic conditions. But there has been a growing sense of discontent since last November, when Mr Morsi issued a controversial constitutional declaration granting himself extensive powers. His moves to entrench Islamic laws and concentrate power in the hands of the Muslim Brotherhood also alienated liberals and secularists 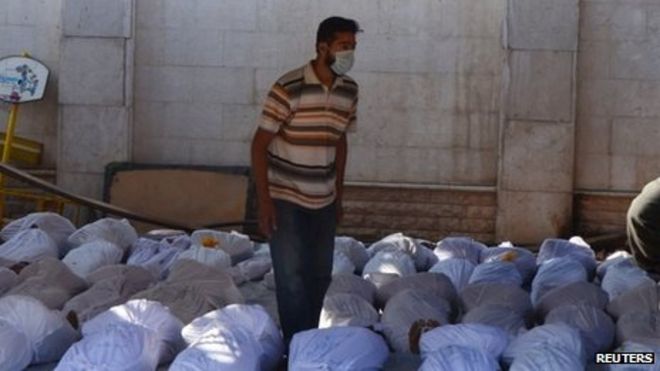 Chemical weapons attacks have killed hundreds on the outskirts of Damascus, Syrian opposition activists say. Rockets with toxic agents were launched at the suburbs of the Ghouta region early on Wednesday as part of a major bombardment on rebel forces, they say. The Syrian army says the accusations have been fabricated to cover up rebel losses. The main opposition alliance said that more than 1,000 people were killed by the attacks.

The United Nations Security Council said it was necessary to clarify what happened in the alleged attack, but stopped short of demanding an investigation by a UN team currently in Damascus, following an emergency meeting on Wednesday evening. "There is a strong concern among council members about the allegations and a general sense that there must be clarity on what happened and the situation must be followed closely," Argentina's UN Ambassador Maria Cristina Perceval told reporters after a closed-door meeting. Meanwhile, the US, UK and France are among some 35 member states that have signed a letter calling for the UN inspectors that are already investigating three sites of alleged chemical weapons use in Syria to probe the latest incident as soon as possible

UK Foreign Secretary William Hague said that if confirmed the attacks would mark a "shocking escalation in the use of chemical weapons in Syria". The Arab League and European Union have echoed the call for the inspectors to go to the site. But the Russian foreign ministry noted that the reports had emerged just as the UN chemical weapons inspection team had arrived in Syria, saying that "this makes us think that we are once again dealing with a premeditated provocation".

Both the rebels and government forces have accused each other of using chemical weapons during the conflict. It has not been possible to independently verify the claims. In July 2012, the Syrian government implicitly admitted what had long been suspected - that Syria had stocks of chemical weapons. Experts believe the country has large undeclared stockpiles of mustard gas and sarin nerve agent. Damascus said the weapons, stored and secured by the armed forces, would never be used "inside Syria", but could be used against an external attack.