For other more obscure or less political sources - it could be The Morning Star or Men's Fitness, but if there's not a thread for it, it'll be posted in here. 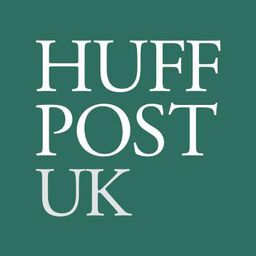 Analysis: What does the Huffington Post focus group in Gloucester tell us about the election?

"I've always supported the Conservative Party, but this time I'm voting Labour." Said Charles a lifelong Tory voter, "I like Dylan Macmillan, but the party needs a clear out."

Like a lot of our focus group, made up of a cross section of people from across Gloucester. Charles really likes Dylan Macmillan and is sceptical of Ari Suchet, but his visceral dislike of the Tory party in the wake of Mary Cambel's scandal ridden leadership is clear.

Gloucester is a seat that the Conservatives took from Labour in 2010, winning the seat by 4.8% and 2,420 votes. The seat is on Labour's target board and the MP is under intense pressure from a combination of a concerted Labour effort and the toxicity of the national party.

The loss of some core voters is the least of the Tories troubles, but Labour aren't exactly in the clear. Helen, who voted Labour from 1997-2005 and then voted Tory at the last election says she's sticking with the Tories. "I don't dislike Ari Suchet, but she's out of control, the country can't really afford a Labour government right now." Another swing voter Nick turned away from both main parties "I'm going to vote UKIP, I've had enough of both parties, if it isn't scandals, it's immigration. Labour don't have any plans, we're being overrun."

However, some Tory voters are sticking to the party despite the ongoing toxicity that Mr Macmillan has only just begun to clear out, "I like the MP, I think I'll stick with him. I mean really what are Labour going to do other than nationalise everything? At least they got rid of Cambel, she was a disaster I think it's worth giving Macmillan a chance." Said Valerie who voted Labour at every election from 1992 until she voted Tory at the last election.

Even longtime Labour voters in the group seemed warmer to Dylan Macmillan than Ari Suchet. The sentiment generally seems to be that the Tory Party is in need of a bloody nose to send a message to what was referred to as the "Nonsense wing" of the party by swing voters in the group and some firmer Conservative voters who explicitly stated they didn't agree with Ms Suchet or UKIP on a lot, but were turning to them.

The shift to Labour seems to be reluctant among a lot of the focus group and while these focus group aren't meant to replace scientific polling, they can provide context to the polls. If the reluctant swing to Labour is more common than thought by a lot of pundits, the Conservatives may have a chance at peeling away at Labour's electoral coalition. If the reluctant Labour supporters are left alone too long, many suspect they'll harden and the Conservatives will have virtually no chance of depiving Labour of a majority or emerging as the largest party.

With UKIP's rise in the polls and the Lib Dem's falling back the seat is a clear target for Labour and if the party even manages a modest lead over the Tories nationally should find itself in the red column. If the Tories manage to hold on here, it will be because of Mr Macmillan's distance from Mary Cambel and the unusual level of affection that is held for the MP. It's also a sign that Labour may not have it all their own way in the marginals and failure to win in places like Gloucester would signal a much harder night for the party than polls are currently indicating.

“Stalin: Stop sending people to kill me! We’ve already captured five of them, one with a bomb and another with a rifle… If you don’t stop sending killers, I’ll send one to Moscow, and I won’t have to send another” - Tito