I rise today to introduce the Environment (Transport) Act of 2016. This government has promised a green transport bill and today we deliver on that promise. This is another step in this government's bold and ambitious drive to protect our environment, preserve our air quality, and create a prosperous and innovative green economy. The Departments of Business, Energy and Climate Change and Environment, Transport and Communities have been working in close coordination throughout this process, and this bill is another result of that.

I rise today to commend the Environment (Transport) bill to the House and to urge members to support its passage. The provisions of this bill will play a major role in developing the necessary frameworks and regulations to tackle climate change, save lives by fighting air pollution, and promote an inclusive, innovative and pioneering green economy. This government has already done much to encourage a greener transportation sector - green stimulus funding has gone to infrastructure and research in these areas, air passenger duty has been reformed to discourage short-haul flights and close the air freight loophole, support has been increased for communities transitioning from fossil fuel dependent economies, funding has been provided for scrappage schemes and electric vehicle infrastructure. The Environment (Transport) Act will provide further structure, further guidance, further regulatory direction, to building on these successes and introducing new ones.

This bill creates a statutory target for major rail routes to be electrified by 2025, and provides a mandate for regulations to be issued to ensure this. Britain has sadly fallen behind in electrifying rail routes, and this is a case where we must act now to make the most of the opportunities afforded by electrification. The benefits include cheaper maintenance costs, improved safety and reliability, quicker acceleration, lower fuel costs, and emit fewer pollutants and greenhouse gases.

Diesel buses and private hire vehicles that are licenced to operate in urban areas will, under this bill and subject to regulations, be required to operate on ultra-low or zero-emission fuels by 2025. Again, we are already implementing tax and investment policies to support and complement this directive, and by making this a statutory requirement we will provide certainty, direction, and a guarantee that this step, essential in improving air quality in our cities, will be delivered.

We will have a strategy, under this bill, to by 2030 enable all cars to run on ultra low or zero emission fuels.

We are creating a National Air Quality Plan. We are promoting the use of data-driven solutions to local air quality concerns, promoting holistic and comprehensive action plans to tackle air quality issues, promoting air quality as a consideration in all areas of government decision-making, and requiring the creation of sectoral roadmaps and low emission zones when necessary.

Mr. Speaker,
I find this legislation to be broadly agreeable.  I do, however, have a few concerns.  The biggest one is the requirement that all hire vehicles run on alternative fuels by a set date.  Functionally I understand this to likely mean that they be electric, and I would wonder whether the Government has adequately considered both infrastructure concerns in more rural areas...generally in Scotland and Wales.  I would also ask whether explicit exemptions might be provided for in the event of extended power cuts...again, particularly in rural areas.

Of course, there is a simple way to deal with this: Since most of the affected areas are going to be in Scotland and Wales, why not simply devolve the hire vehicle question to the relevant assemblies and let them deal with those issues?

Section 3(3) is also of concern to this side of the House, albeit more for practical implementation than anything.  First and foremost, I would again note rural concerns.  Even in my statements rolling out our manifesto, I made it clear that an exemption should be made for various emergency vehicles, particularly in rural areas.  The last thing I think we want is the only ambulance in town having to take a 45-minute break to re-charge at the end of a long call due to extreme weather hurting battery life.  Similarly, fire trucks and some heavier emergency response vehicles may simply be better suited to combustion engines for the relevant combinations of torque and horsepower needed due to their weight.  The same probably also applies to construction equipment, though I will concede that I am more willing to take a risk there than I am with the fire services since the latter operations do tend to be rather time-sensitive.

I agree that we could probably have most new vehicles on electric or similar systems in the next fourteen or fifteen years.  However, this raises the uncomfortable spectre of vehicles purchased either before the present moment or before fit-for-purpose alternatives are available over the next decade or so.   As a matter of practicality I would call upon the Government to at least ensure that said vehicles can be used for a reasonable useful life of 15-20 years without imposing the costs of a conversion upon the owners.  The cost to switch from gas or diesel to electric is still quite expensive and involves a lengthy vehicle downtime, so even in the face of aggressively pursuing these objectives I don't find it to be quite fair to tell people who already have or will have purchased vehicles which are just fine and are potentially the only ones fit for purpose...or, frankly, that can be afforded by the owners...that they will have to incur the direct and indirect costs to convert their car partway through its life.

I would finally propose that we should have exemptions for classic cars and antique models, though of course these can reasonably be limited by use...reasonable annual mileage limits come to mind and the overall impact on the environment would still be negligible here.

Now, I can understand that the Government might well say that they are going to go through and handle a whole bunch of individual cases by way of red tape.  That is, as always, a poor solution since it just moves a bunch of cost onto the taxpayer to pay for, at least figuratively, the printing of that red tape and spreading it about.

As I said at the start, I applaud the thrust of this bill.  Moving to electrify the railways is a cross-party goal...well, at least between the LibDems and ourselves, though it is nice to see Labour getting brought on board as well.  Improving emissions standards and so on is also good to see.  I simply express the concern that in a few areas the Government might be getting ahead of itself and, in a few areas, might well blunder their way into accidentally endangering people if their programme does not go quite according to plan.

I join my Right Honorable Friend in supporting the broad goals of this legislation, while also sharing his concern about how rural areas may be impacted.  I would also raise the concern that we must make faster progress in renewable energy development to make electrification of all rail service truly environmentally beneficial.  If trains are electrified from coal or oil burning power sources, that presents its own problems.

I appreciate the constructive remarks and broadly supportive words by the members from Croydon South and Milton Keynes North.

Firstly, regarding the point about private hire vehicles, I do understand the concern around rural areas and power cuts that are identified. The mandate around private hire vehicles in the text applies only to those vehicles licenced to operate in urban areas. I appreciate that there are some areas where travel between both rural and urban areas is a regular part of private hire vehicle operations and that sometimes the distinction made between urban and rural areas is an imperfect delineation. I think it is right that these issues, which are necessarily complex, are best done through the process of regulation, as this bill provides for, where exemptions and delays will be arranged and where investment requirements will be noted. Regarding power cuts, I believe that a regulatory exemption can be crafted out for such cases.

Regarding devolution, we are keen to look at how to integrate this new mandate with the separate licencing systems and devolved policies already in place in Scotland and Northern Ireland. If it is decided to devolve private hire licencing to Wales in a conclusive way - I understand that there are certain feelings of legal ambiguity about that issue in the light of the 2006 Wales Act - we will adopt a similar stance. But the regulations in this area will be developed in line with local concerns and existing council best practices. We do believe it is important that this new rule is rolled out, in some form, across the United Kingdom.

Moving onto section 3(3), two points should be made. Firstly, unlike with private hire vehicles, we are dealing with a strategy, rather than a mandate. The concerns surrounding antique cars, older vehicles that were purchased in the expectation of a reasonable life-cycle, rural communities, construction vehicles and emergency vehicles will all be taken on board as part of that strategy. The analysis the member from Croydon South makes on these issues is smart - I find it hard to disagree with it - but I believe that these will be issues best dealt with as the strategy is crafted and future legislative proposals are presented to the House than in amending the text of the Transport Bill itself. I can reassure the House that I will make sure those issues are considered in the formulation of this strategy and any associated regulations, and I thank him for putting them on the record. As to the issues surrounding red tape, I believe that the new systems in place set out by the Regulatory Reform bill will go some way towards alleviating those concerns.

Secondly, this government has been proactive in investing in these issues already. We are putting money into electric vehicle charging infrastructure and supporting the growth and proliferation of alternative fuels. We are investing in broad community-driven approaches to helping those communities currently reliant on fossil fuels transition away from that. We are investing in energy efficiency and clean vehicle schemes within government, setting an example, driving up demand, supporting the development of those industries. Do we need to invest more? Certainly. And I look forward to spearheading those efforts, but this government has shown the necessary willingness to put its money where its mouth is.

Onto railway electrification, again, what the member from Milton Keynes North says is a valid concern and one that we will be monitoring. But, again, this government has already shown a willingness to make the necessary investments, including in research and innovation, to jumpstart those industries and get those technologies to a point where use of fossil fuels is not necessary.

Again, I thank both members opposite for the constructive and insightful remarks they have made on this legislation and look forward to working with them more on these issues. 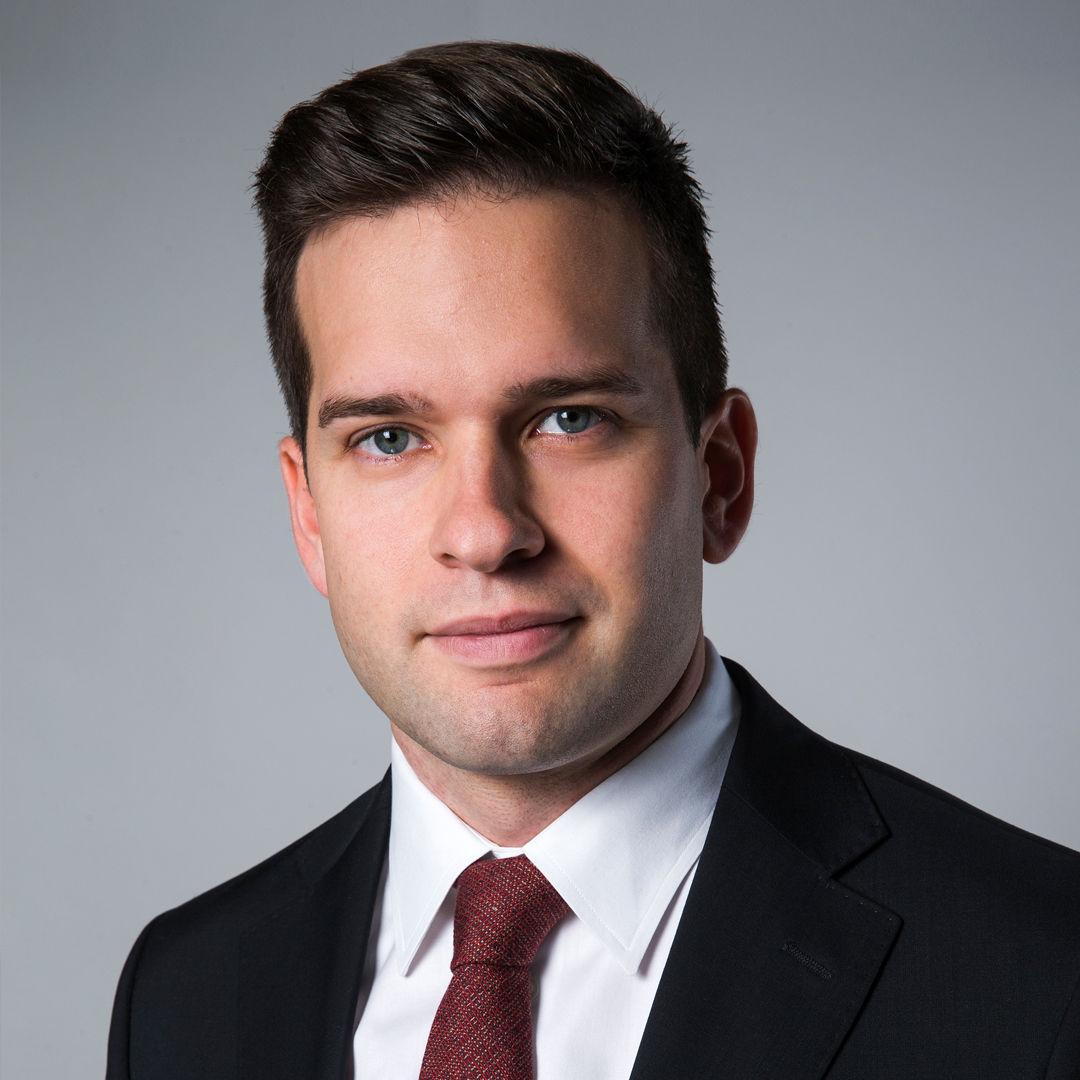