I rise today to present to the House the Regulatory Reform Act of 2015. Mr Speaker, entrepreneurship and enterprise are among the most fundamental pillars of the British economy. Our society needs the wealth that entrepreneurs generate, the innovation that they cultivate, the technologies and products that they provide us. They are truly integral. It is thus vital that the United Kingdom does everything it can support these economic pioneers. We must preserve their rights to pursue their dreams and contribute to their communities. And a key part of that is providing regulatory certainty, by making sure that regulations do not unnecessarily hinder them, by providing a level playing field with accountable regulators and understandable regulations.

Mr Speaker, both parties in the coalition are committed to, in their own way and for their own reasons, promoting the diffusion of economic power, from standing up to monopoly interests and ensuring markets remain open to competition and disruption. That is why so much of this legislation is focused on smaller businesses - and why we are also including a comprehensive plan to support scale-up businesses.

Mr Speaker, I look forward to discussing the provisions of this act in further detail at a later date.

I beg this bill move to second reading.

I rise today to commend this bill to the House. This bill deals with two subjects: regulatory reform and start-ups and scale-ups.

On the first topic, regulation. I have long believed that regulation, done right, is a good thing. It can save lives, promote good standards, ensure fairness and confidence, protect the environment, promote the competitiveness of British industry. But Mr Speaker, this is only if it is done right. Regulation, done badly, is counterproductive, duplicative, stifling, disproportionate. For too long, I believe the regulatory infrastructure of Britain has become difficult to navigate, outdated in areas, caught up in its own internal politics. Mr Speaker, to improve the efficacy of regulations and help businesses navigate that age old problem of red tape, a restructuring is needed. That is what this bill does.

The centrepiece of the first half of this bill is the Regulatory Policy Committee, which will be empowered as an independent watchdog, making sure regulators follow due process in regulatory implementation, that they conduct accurate and thorough impact assessments, that all interests, particularly those of small and medium businesses, are considered. The RPC will be given the resources, and the statutory powers, it needs to carry out its myriad of tasks. It will be an independent one-stop shop for improving and reforming our nation’s regulatory agency. It will provide advocacy, review, and reform.

The RPC will able to designate certain regulations as meriting sunset clauses, making sure outdated or ineffective regulations do not linger on our books. They will support and enable regulatory agencies in conducting their own in-house review efforts, and scrutinise such efforts as time goes on. They will be the first response to regulations that provoke considerable controversy. The RPC will be able to designate certain regulations as “Highly Important”, prioritising compliance, publicity, and enforcement efforts. The RPC will be the means by which we end the “gold-plating” of EU directives, whereby anxious domestic administrators unnecessarily complicate EU regulations. And the RPC will be given the power to repeal, or demand reform, of the most egregiously failing regulations. The RPC's actions will, of course, always be subject to the will of the House and the oversight of democratically elected ministers - but it will be a powerful force, it is hoped, against inertia, status quo bias and unimaginative thinking.

This bill introduces several new schemes. Firstly, businesses will be able to designate a local authority as their Primary Authority, meaning that they have one port of call for regulatory compliance, only one council they need to satisfy. Secondly, One Stop Shops will be trialled, providing businesses with a singular office they can consult with to check their regulatory obligations, and will not be unduly penalised for regulations they were inadequately informed of. Thirdly, Regulatory Flexibility Areas shall be trialled, where businesses will be given regulatory leeway to not implement the specific form of certain regulations, provided they achieve the results the regulation aims to achieve. Fourthly, Regulatory Legal Aid will be introduced, to help businesses deal with the costs of regulatory compliance.

This bill is neither pro nor anti-regulation. It is instead smart regulation, and codifies in law many of the findings of the Hampton and Macrory reports, both commissioned by the last Labour government. The Hampton report encourages regulators to be more business-responsive, and accommodating of changing business dynamics, simplifying the interactions and paperwork obligations businesses must have with regulators, and ensure more accurate risk assessments. The Macrory report, meanwhile, called for smarter enforcement and sanctioning practices. By requiring regulators to act with both of these reports in mind, by setting that as a statutory responsibility, we take a big step in changing the culture of regulation to a smarter and more evidence-based one.

This government recognises the crucial role regulations play. In ensuring fairness and opportunity, in protecting public health and natural resources, in promoting safety of consumer and employee alike, in providing public goods and control externalities, and many other tasks. Regulations are important. But this bill, I think, offers something acceptable to those on all sides of the regulatory debate: regulations should be smart, should be fair, and should be accessible to the public.

The second half of the bill deals with start-ups and scale-ups.

One issue that this government is passionate about is supporting start-up and scale-up businesses. Mr Speaker, we believe these businesses to be some of the greatest beneficiaries of our increase to the personal allowance, our decisions to increase research and infrastructure spending, our cuts to the small business tax rate, the creation of the British Business Bank, and our efforts to create a leveller playing field for businesses through reforms to tax and spending.

But, Mr Speaker, we can always do more. Scale-ups and start-ups are especially important in the technology sector. That is where much of the academic discussion on the subjects are concentrated. It makes sense, after all - innovation and research is served particularly well by new disruptors and new players. As such, this is an area where we have focused considerable attention in the policy measures we are unveiling today, but many of them will be of interest to those in other sectors.

Why are we talking about scale-ups as well? Mr Speaker, start-ups have long been part of the discussion surrounding economic growth. I scarcely need to inform the House of their importance. Companies that scale up - that have a good idea, bring it to scale, bring it to new markets and expand its capacities - are as integral to innovation and enterprise as those who are introducing an idea to the market for the very first time.

What is a scale-up? One definition doing the rounds - a working definition suitable for the purposes of government, the one we have adopted in this legislation - is that a ‘scale-up’ is any enterprise with average annual growth, in employees or turnover, that is consistently, for three years or more, over 20%, and that has more than 10 employees at the start of that period. In more evocative terms, a scale-up is a company that is seeking to grow dramatically - trying to make the leap from small to medium, or medium to large, trying to unlock its potential, create more jobs, provide more services, become integral in the lives of yet more stakeholders. This will, also, be an essential step in creating a more fruitful environment for tech hubs to flourish in this country.

To summarise what this bill does: it creates a database, of start-ups and scale-ups, to allow better coordination and cooperation efforts in facilitating their growth, including linking them up with potential business partners, new university research projects, export opportunities and government investment offers and procurement opportunities; it will monitor finance provision and regulatory support for these companies, helping us deliver future steps in this strategy by providing us more information; and it will create scale-up visas, helping scale-up companies quickly access the talent they need to grow.

Mr Speaker, I commend this bill to the House and look forward to a constructive debate on the subject.

I'd like to thank the Deputy Prime Minister for presenting this legislation to the House, and am happy to confirm that I find significant value within the bill. When it comes to support private enterprise and removing unnecessary regulations the Liberal Democrats and Conservatives have been on the same page for a long time, and I'm encouraged to see that fact hasn't changed now that they've joined a Coalition with the anti business, pro-regulation Labour that that fact hasn't changed.

For the most part I think this legislation is spot on. I support the creation of the RPC, and think the Deputy Prime Minister is wise for guaranteeing that department's will have the ability to absorb the RPC's functions when deemed appropriate and more effective than what the body would be able to do on their own. The scheme introduced will also streamline the regulatory process, and eliminate some of the burdens I and my party are deeply worried that British businesses are facing under the status quo.

For me personally, the value this legislation provides to start ups and scale ups is invaluable and of paramount important. Again, I commend the Deputy Prime Minister for his support of British business. He should know, Mr. Speaker, that whenever he's ready to join those of us on this side of the House who actually pride ourselves on supporting business we will be more than happy to welcome him with open arms!

I do have one question for the Deputy Prime Minister in relation to the selection process for those who will sit on the RPC. How will individuals be chosen, will there be criteria set in place to determine who those individuals are, and who will be responsible for choosing them? 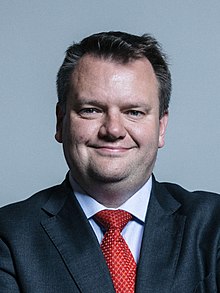