BBC Parliament is the UK’s only channel dedicated to politics. It shows debates and committees from Westminster, Holyrood, Stormont, Cardiff Bay and Strasbourg as well as political programmes from across the UK.

The channel attracts a viewership of up to 0.5% of the population

The Week in Parliament 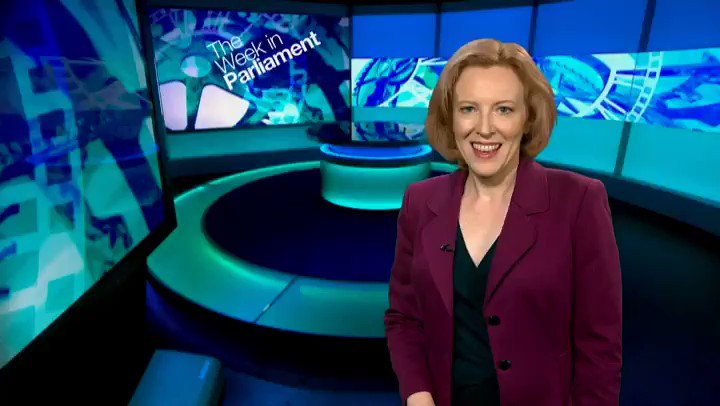 Welcome to The Week in Parliament, I'm Alicia McCarthy. Coming up later, the Lords work their way through an exceptionally large number of amendments on the Reform Bill

Footage is shown of a snippet of Lord Emmett's speech

But first, it's been a busy time for Liberal Democrat leader Graham Adiputera, who gave two ministerial statements.

The first covered the Government's policy on international trade, and the targeting of foreign aid. Mr Adiputera set out the Government's plans to work with the EU to expand the tariff-free and quota-free access that developing countries have to the EU market, and to focus aid on providing infrastructure in those countries to help them develop, measure which have gained the support of the charitable sector.

A clip of Mr Adiputera is shown

Emmanuel Runswick-Jones, the Conservative MP for Carmarthen West and South Pembrokeshire, raised fears of a 'modern day colonialism' stifling local business in developing nations, and of the misuse of aid by foreign leaders.

A clip of Mr Runswick-Jones is shown

In his second statement, Mr Adiputera, gave details of the Government's £13.5 billion capital spending programme, announced in the 2014 Budget. Key proposals include an Industrial Strategy Challenge Fund, to promote innovation, a British Housing and Infrastructure Development Bank, to build new homes, and funding for green industries and for cushioning the impact on areas with reliant on jobs in polluting industries.

Conservative MP Steven Andrews voiced concerns about the effectiveness of this amount of spending, noting that the Government was taking on the bulk of the financial risk associated with these projects. Mr Adiputera assured him that the Government was applying high standards of governance and accountability to make sure the funds were well used

A clip of that portion of the debate is shown

At the other end of the Palace of Westminster, the Lords have been debating the Government's Reform Bill. With the fate of the second chamber at stake, a very large number of backbench peers submitted amendments and were called in the debate. With little direction from their front benches, a significant number of amendments made it into the Bill, including calls for referendums on the voting system, lowering the voting age and devolution to Cornwall. Various other changes were made to the planned electoral systems for the Lords and Commons, but the Lords stopped short of demanding a referendum on changes to their own chamber, with some Lords indicating a reluctance to be seen to be blocking a manifesto commitment of both Government parties. The Bill now returns to the Commons in what is known as the ping-pong phase. The Bill will be sent back and forth between the two chambers until both agree on a final version. Some expect the Lords to put up a protracted fight over the Commons making changes to the Lords' own proceedings.

That's all from The Week In Parliament. See you next time.

+1 Parliament point each for Runswick-Jones and Andrews

A slight win for those opposing the reform measures

Neither side put up particularly strong arguments for why the amendments should or should not be accepted, focusing instead on the general principles of the bill instead. Steven Andrews came closest, when he commented that Labour want to both disregard their manifesto but also cite the Salisbury Convention. Graham Adiputera and the closing speech of Dylan Macmillan made the best cases for and against the reforms in general.

In the red-on-red battle that opened the debate, Anthony Wilson spoke for many in Labour. Ari Suchet reacted strongly, but in a way that was seen as rather unstatespersonlike.

Draw between Tories and Lib Dems

Both Steven Andrews and Graham Adiputera made persuasive arguments regarding a referendum on the voting age. The argument against holding one was ultimately enough for the Lords to back down. Remember, however, that in this Brexit-less world, there hasn't been the backlash from the (for want of a better term) liberal left against referenda as a concept. Ruling one out absolutely would not be popular.

+1 Parliament XP each for Steven Andrews and Graham Adiputera

The Conservatives made the better running here. Although it's always easier to oppose, the case for the Government was not made especially strongly, and the Tories were able to draw favourable comparisons against their proposals. Dylan Macmillan's hatchet job was both effective and comprehensive, leaving his colleagues with little else to add.

Graham Adiputera made a strong defence of the Budget, countering the Tory arguments effectively and highlighting the positive effects of the Governments measures. William Croft made some good additional points, particularly about the rising cost of living from increased carbon taxes and fuel duty.

+2 Parliament XP each for Dylan Macmillan and Graham Adiputera

They presented it, they spoke in favour of it, no-one spoke against it and it passed unanimously.