The fragile ceasefire agreed to in the Minsk Protocol to provide a peaceful solution to the conflict in the Donbas region of Ukraine appears to have been broken today as Russian backed-DPR troops captured the town of Marinka, only to be thwarted by a counter-attack by Ukrainian forces who reclaimed the city.

Ukranian President Petro Poroshenko denounced the "flagrant violation of the Minsk Protocol" and vowed that "Ukraine would take every action to defend its territorial Sovereignty against renewed Russian-backed aggression."

Renewed tensions in the area threaten to re-ignite the dormant War in Donbas, and potentially increase the scope of the conflict beyond the Dombas region.

Experts worry that these renewed tensions may result in a more direct confrontation between Ukraine and Russia, and potentially provoke greater instability in the region.

The Russian Foreign Ministry has denounced the attacks as a Ukrainian "False Flag" operation, and have denounced "the Ukrainian Violation of the Minsk Protocol".

It remains to be seen if this is an isolated skirmish, or a breach of the peace that will re-ignite conflict in this volatile region.
What can Brown do for you?
Top

https://www.bbc.com/news/science-environment-32512152
What can Brown do for you?
Top

Her Majesty the Queen has most graciously asked me to form a new government in Her name, and I have agreed so to do.

Before I speak about this new government, let me devote a few words to the departing administration of the last five years. In David Cameron and Nick Clegg the nation found two public servants who were able to navigate one of the most difficult economic and political situations in Britain’s history. Their statesmanship, their diligence and their willingness to come together from different political traditions in the national interest are values to which all of us in public life can aspire. Although few will agree with everything that government did, it is an undeniable truth that Britain today is in a very much better place than when that government came to office in 2010. In the context of Mr Clegg’s untimely passing this is particularly poignant, and I dedicate my remarks today to his family.

I want to lead a government which unites Britain and which delivers an opportunity agenda. By that I mean that my vision for this country is one in which every man, woman and child can go as far as their talents and hard work will take them, irrespective of their background or socioeconomic status. I want to build a country in which every child and young person gets a first-class education tailored to their needs, and in which a renewed commitment to lifelong learning ensures that adults of all ages are able to get the skills they need to advance themselves. I want to build a country in which the prospect of home ownership is a reality for all, not, as it is today, a pipe dream for so many. I want the United Kingdom to be the best place in the world to get a job, start a business, go to school or receive medical treatment. I want our National Health Service to be world-leading and our entrepreneurs to be world-beating. I want our children to be able to expect a better life than we have had; and I want Britain to be able to believe that her best days are ahead of her, rather than behind.

To deliver all of this, we must have a strong and stable economy founded on sound money. So my government will eliminate the budget deficit and balance the books within five years, finishing the job of getting Britain back into the black. With a dramatic hike in the minimum wage to ensure that a full time job always pays enough to live on, and tax changes which will take thousands of people out of income tax altogether, a minimum-wage worker will be £350 a month better off. Low taxes, rising wages, and more and better jobs: this will be the mantra of my new government. And as we extend the bounds of opportunity soul by soul, lifting people out of poverty and our nation into prosperity, we will build a country fit for our children to inherit: strong and influential on the global stage, and united and at peace at home. A million new homes, a thousand extra police officers, a fully-funded NHS and schools ready to face the future.

In this current political situation, I have been clear that different parties must work together in the national interest. I am delighted to have agreed a deal which sees a formal coalition revived between Conservatives and Liberal Democrats. William Croft will serve as my Deputy Prime Minister. And though I am certain we will have differences and things will not always be easy, we are committed to making this work as indeed it worked before: united in the cause of a greater Britain, a fairer Britain, a more prosperous Britain, and a Britain in which noone is left behind.

Thank you.”
What can Brown do for you?
Top

[Removed photo as it's vaguely graphic]

Syrian opposition groups operating in Aleppo have reported nearly 250 dead following the widespread use of chlorine gas. Opposition groups reported that several Syrian air force helicopters dropped chlorine bombs on an opposition-held district of Aleppo. A spokesperson for opposition leaders said that the groups would do whatever possible to facilitate an Organisation for the Prohibition of Chemical Weapons (OPCW) investigation of the incident.

Opposition forces reported that the Syrian air force helicopters were escorted by Russian aircraft operating within Syria. "There were very clearly multiple different types of helicopter," said one eyewitness.

Both the Syrian government and Russian military have denied any chemical weapons use in the recent attack in Aleppo.

Of the nearly 250 victims, an estimated 43 were children. Additionally 22 first responders reported symptoms consistent with chlorine gas exposure, one first responder is among the fatalities.

An OPCW spokesperson confirmed that the OPCW would take the necessary steps to investigate chemical weapons use.
Blakesley
Treasury | Labour
Top 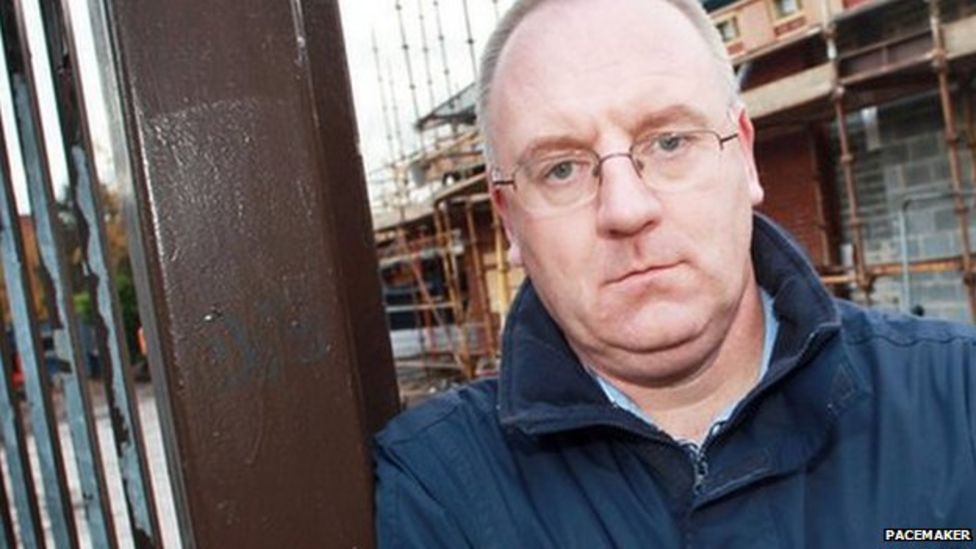 A former senior IRA figure has been shot dead near Belfast city centre. Gerard 'Jock' Davison, 47, was shot a number of times at Welsh Street in the Markets area at about 09:00 BST. Police are unsure at this time as to who was behind the attack, but investigation is ongoing and forensic test have been carried out.

It is understood Mr Davison was involved in the fight in a Belfast bar in January 2005 that led to the death of Robert McCartney, one of Northern Ireland's most high profile killings. Mr Davison's uncle Terence was later acquitted of Mr McCartney's murder.

Detective Chief Inspector Justyn Galloway said: "This was a cold-blooded murder carried out in broad daylight in a residential area and it has no place in the new Northern Ireland." Appealing for information, he said: "We have detectives in the Markets area making house to house enquiries and seeking to identify witnesses. "I would appeal to local people to co-operate with them and give them any information they have." The detective said Mr Davison was a grandfather and "a high-profile community worker who devoted much of his time to those living in the Markets". "In fact, Mr Davison was walking to a local community centre where he worked when he was shot," he said.

Sinn Féin leader, Gerry Adams said: "This brutal act will be condemned by all sensible people - there can be no place today for such actions. I would urge anyone with any information to bring that forward to the PSNI."

The murder of Mr Davison has also been condemned by politicians in the area. Sinn Féin MLA, Máirtín Ó Muilleoir said there was shock that the man had been shot dead "in such a callous fashion in broad daylight while on his way to work. The victim is from the area and well-known for his work in the community sector," he said. "Local people are shocked and angered by what has happened, and I would appeal to people to remain calm."

SDLP leader Alasdair McDonnell said: "This is a horrendous crime and those responsible have shown no regard for anyone that could have been caught in the middle of it during the school rush hour. People here want to move on from the violence of the past. This community will reject those who bring murder and mayhem to our streets. I would appeal to anyone with any information to bring it forward as soon as possible."

Alliance councillor Paula Bradshaw said: "Guns have no place on our streets - those responsible for this vicious crime are a danger to our society and must be urgently apprehended by the police. Whoever carried out this murder must be taken off our streets and brought before the courts to face justice for their horrific crimes."

DUP MLA Jonathan Bell said: "No right-thinking person wants to go back to the days when this sort of event was all too common, not only in Belfast but throughout our province, and those responsible have to be brought to justice and have to face a court of law."

UUP representative Rodney McCune said: "The timing of the murder at nine o'clock in the morning - people are going to work, taking their children to school - will be a matter of some shock, naturally. Especially because it will send a message across the city that these type of serious incidents are still happening and we do have a strong criminal element in society."

It is clear local politicians completely condemn this murder, but it remains unclear what this means for local communities. If this is a paramilitary attack, it will say a lot depending on the perpetrator - whether it is a Republican or Loyalist attack - or even vengeance for the murder of Mr. McCartney in 2005.
Top

The State Coach has been seen leaving Buckingham Palace for the Palace of Westminster where Her Majesty the Queen will open the next Parliament in State.
Top

More than 30 flood warnings have been issued as strong winds and heavy rain continue to batter parts of Scotland. Engineers worry that Abergeldie Castle, near Balmoral, may be on the "brink of collapse" due to massive erosion due to flooding.
Top

Rebecca Flair resigns as leader of the Liberal Democrat party, citing wanting to spend more time with her family.
Top