Labour was founded as the grassroots movement for the people, now we need bottom up reform of our party democracy

James Doherty, Labour MP for Birkenhead and Member of the Socialist Campaign Group

The Labour Party belongs to its grassroots. Our party and movement was founded by Trade Unionists and Working Class socialists. The original Labour Representation Committee was founded by the Trade Union Congress, meaning many left wing groups came together ‘to promote legislation in the direct interest of labour’.

Our Party and our Movement has changed a lot since that TUC conference in February 1900, but the core aim remains the same, to promote the interests of the working class in this country, and to create a fairer society for the many, not the few.

But Labour has become disconnected from those working class communities that our party was created to serve and stand up for, and that was shown by the massive decrease in turnout at the last general election, people are becoming disengaged with our political process and with the Labour Party.

The task for Labour now is to return to its grassroots. I believe the best way to do that was to elect my friend Jack Wright in the last leadership election, but unfortunately we were unsuccessful in securing a socialist leadership in our Democratic Socialist party.

The way forward now, the next step, is for a Labour Party Democracy Review. It’s vital that we, as a party and a movement, are controlled by the members to work for the members. We need to pop the Westminster bubble and begin to renegade with those communities and our party members. The Party Democracy Review must look at many parts of our party democracy to make those at the top more accountable and to ensure that our Parliamentary Party is more representative of those who we serve.

The Review must look at, firstly, our candidate selection and reselection process for Elections. Constituency Labour Party groups must have control over who stands to represent them, and must have more power to remove Members who they do not feel adequately represent their community in Parliament. We must put more power into the hands of our constituency groups and that’s one thing the Review must look into.

Secondly, it’s vital that we reform our Leadership Election process. The Electoral College is outdated and undemocratic and puts too much power with the Westminster elite, and takes power away from party members. It’s time that we reformed our leadership election process to ensure that every member of our party has an equal say, and that a party member is valued the same as a Labour MP.

We must also review how to increase equality and diversity in the Parliamentary Labour Party. I’m glad to see that there is growing gender diversity in Parliament and that we are beginning to see more ethnic minority Members of Parliament following the great success of the likes of Diane Abbott and Paul Boateng in 1987, however Parliament is still seen by many as a gentlemen's club and disconnected from communities across our country. It’s vital that we look into how we can increase ethnic and gender diversity in our Parliamentary Party to better represent people across this country.

Armed with nothing but a pint of gin, Sir Barclay went to battle against the forces of Communism, Socialism, and Liberalism.
Top 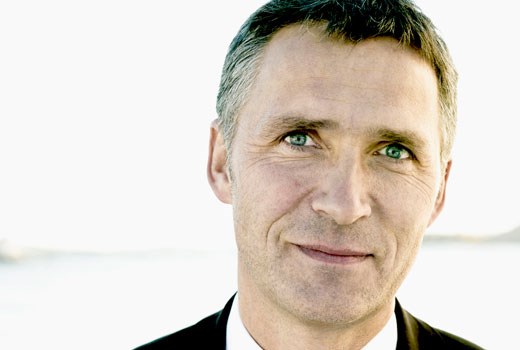 With a new occupant in 11 Downing Street and another at Number 10, November 5th will perhaps be the most anticipated budget day since New Labour took office. The new man in the job, Jack Anderson, is a pupil of Gordon Brown, but with a distinct personal profile that includes high-profile advocacy for fairer taxes and against regional inequality. Anderson shows a lot of promise for progressive policy in Britain now that four years of Gordon Brown in the Treasury have brought Britain's financial house back in order. With boom and bust abolished, now would be the time for priorities like Anderson's to come to the fore.

Treasury sources suggest progressives will be right to have high hopes in the new man. There will, from what these sources are telling us, be a marked shift towards more progressive priorities. Britain can afford to do all this thanks to the sound management of New Labour - and now's the time to cash in, it seems.

Perhaps most important of all, our sources suggest that the Chancellor will be unveiling 'unprecedented' investment in the NHS. It is expected that the Budget will see the unveiling of a major investment package set to last the life of this Parliament and start this year. Such is much-needed: Labour's reforms have greatly improved the NHS, but there's always a call for further investment in our world-class healthcare system. To bring down waiting lists and increase quality, funds of the magnitude we are led to expect by the choice of words would be very welcome.

The Chancellor's commitment to fairer taxes will also shine through in the budget, we are told. The promised policy to 'overhaul' property taxes to be fairer and more progressive, immediately brings to mind the impressive speech he gave last year, in which he argued that it was high time that the wealthy paid their fair share into the public purse. We quite agree, and would be happy to see the budget mark the start of a serious plan to not just overhaul property tax (as is expected), but the entirety of our tax system.

We are led to expect that this budget will be a forward-looking one, too, by briefings on the government's new innovation strategy. There's talk of no less than an 'R&D revolution' being on the cards, that will funnel 'hundreds of millions' in to research and development. Our source even boasted that in this budget, Britain will be investing more in its economy than investing in interest payments. Such action to ensure Britain remains at the cutting-edge of research and development will greatly increase the future competitiveness and health of our economy going forward - and is New Labour at its finest.

They've sorted out the finances, and while the Tories seem to be in a state of permanent indecision as to whether to tack into the progressive wind or keep clinging to the outdated prescriptions that brought our economy to its knees, Labour now lets Britain reap the rewards. We are eager to see the rest of this budget - and, indeed, the rest of what seems to be a promising, progressive tenure from our new Chancellor.
Dr. Marty of the A-team
Technical Wizard
Education and Children, Health and Social Security, Environment and Energy, Constitutional Affairs
Scenarios
Conservative Party advisor
Top
Post Reply
3 posts • Page 1 of 1