Also known as the gutter press, the papers present the viewpoints of various segments of society, and give MPs an opportunity to write directly to them.
Post Reply
2 posts • Page 1 of 1

Corgi
Who's a good boy?

Re: The Daily Telegraph 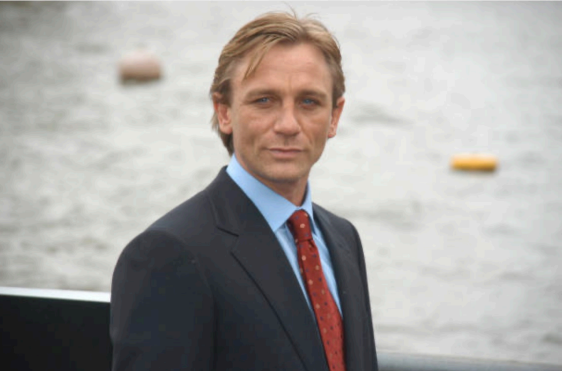 An editorial by Daniel North MP. He is a former officer of the 22nd Regiment Special Air Service, who saw action in the Falklands War and was awarded both a CBE and the Queen’s Commendation for Brave Conduct. After serving as Shadow Defence Secretary under William Hague, North followed his opposite number Caroline Blakesley to the field of foreign affairs under new Conservative leader William Croft.

I have shadowed Caroline Blakesley for some years now - first at the Ministry of Defence, and now at the Foreign & Commonwealth Office. I have nothing but respect for her as an operator: calm, collected, measured and considered, she is the consummate professional and an able captain of the HMS Diplomacy. Her critics decry her as little more than a spreadsheet junkie; a gaping singularity of reports and spreadsheets from whose gravitational pull no inkling of charisma can escape. I disagree. Caroline, though hardly one to bounce from corner to corner in the Locarno Room in an enthusiastic display of pro-British pomp, is as formidable an opponent across the Despatch Box as she is an able communicator on the international stage.

Contrasting our personal styles is not difficult. Where the Foreign Secretary is a cerebral and calculating politician, I have garnered a reputation as something of a “bruiser.” Where the Foreign Secretary’s strength is in poring over the small print of a complicated trade agreement, mine is in bounding up to foreign business leaders and offering them a dram of Scotch. As a former SAS commando, I am not known for my grace and tact - and my lack of academic credentials stands in stark contrast to the parade of doctors and professors that are today at the head of the New Labour project.

Contrasting our political philosophies is perhaps a little harder. We agree on the need for foreign policy to be ethical, realistic and focused on the world as it is, not as we would wish it to be. We agree on the need to look to the future, combat emerging security threats, and work in partnership on a multilateral basis to safeguard our national interests. We agree too that there must be a fusion between foreign and domestic policy objectives, developing a comprehensive platform of British values which we demonstrate at home and promote overseas. Where we disagree is on the questions of emphasis and scope. Where the Foreign Secretary’s instinct is towards caution, mine is more in the spirit of Horatio Nelson: that the boldest measures are the safest.

Global leadership requires more than simply being a part of the pack: it requires leading from the front, investing in our capabilities, and assertively promoting our values and interests around the world. It means acting in unison where we can, but being prepared to act alone if we have to. It means standing up for what is right even if what is right is not easy: and it means an agenda which puts Britain squarely first.

This entails ambition beyond that which New Labour has been prepared to offer. Consider, for example, the European Union. Whilst the government prefers to prevaricate on the issue of the Euro, my policy is to settle the question of the single currency once, for all and finally in an immediate in-out referendum. Whilst New Labour has pushed for no serious or substantial reforms of the European Union over the last four years, I have a comprehensive agenda for change which includes provisions for transforming the commission into the civil service of the council; removing its legislative primacy and giving it a new remit of service to the council of ministers. In an epic redistribution and recalibration of powers, the President-in-office of the European Council would become the first among equals with the power - alongside the Parliament - to initiate legislative and administrative proposals and guide the Union towards outcomes aligned with the wishes of European citizens. Whilst New Labour is content to manage the existing bureaucracy, my ambition is to tear it up and rebuild this institution from the bottom up.

Such ambition cannot be limited to the European front: indeed, our engagement with emerging competitors in the far east must step up to a whole new level if we are to reap the benefits of global free trade in the 21st century. China, India and the new Russia are fertile grounds for investment and business, and as our international aid policy adapts to reflect the falling proportion of people in the world who live in extreme poverty, it must refocus its energies upon the construction of critical infrastructure; the sowing of fertile lands; the exploitation of abundant natural resources; and the political changemaking which solidifies burgeoning democracies and promotes the growth of newly liberalised economies. I would earmark 0.7% of our gross national income as an exclusive international development fund, and redefine overseas development aid to include subsidised private investment, investment in infrastructure, political consultancy services and the development of land. In this new and bold agenda, where Britain would become the world-leading liberator of people and the world-beating instigator of commerce, institutions such as the BBC World Service would receive enhanced funding to extend British influence, and above all the key British principles of open information and a free press, across the developing world.

In our relationship with the Commonwealth, particularly the CANZUK countries, and the United States, Britain should recognise the strength of the Anglosphere as a unit and centre its political and military efforts in the South Pacific on this bloc. It is not unforeseeable that the Yellow Sea will one day require its own NATO-equivalent security apparatus to safeguard independent nations - particularly those which do not operate assertive foreign policies of their own, such as Japan - against the threats posed by hostile state actors and others. Since the handover of Hong Kong, Britain’s influence in the far east has been in decline: this trend must be reversed, and quickly.

The threat of global instability, best exemplified by rogue states in the middle east and the virulent forms of international terrorism that they spawn, cannot be overstated. We live in a world that is more opaque than during the cold war. Our enemies reside in the shadows. We cannot point to them on a map, or identify them by a flag. They are aided and abetted by rogue states; in North Korea, we see a country arming with missiles and weapons of mass destruction while starving its citizens. In Iran, we see a nation which aggressively pursues these weapons and exports terror, while an unelected few repress the Iranian people's hope for freedom. In Iraq, we see an administration which continues to flaunt its hostility toward America and to support terror. The Iraqi regime has plotted to develop anthrax and never gas and nuclear weapons for over a decade. This is a regime that has already used poison gas to murder thousands of its own citizens, leaving the bodies of mothers huddled over their dead children. States like these and their terrorist allies constitute an axis of evil, arming to threaten the peace of the world. Iran, Iraq, al-Qaeda, Hezbollah and others, despite quarrelling among themselves, all resent the power of the West and Israel and despise the humane values of democracy. Together, the terror states and the terror organisations pose a significant and growing threat against free societies.

In a new age where the principle threat comes not from a single superpower, as it did in the 1980s, but from an assortment of smaller, less stable states and their terrorist and guerrilla allies, our armed forces and our security apparatus must be prepared to adapt significantly. Large-scale expeditionary forces are no longer as necessary or as desirable as once they were; instead, smaller, more agile and nimble, more specialised units of highly mobile and readily deployed resources are likely to be the ideal fighters of the conflicts of the 21st century. This vision can be realised by the expansion of Britain’s special forces contingent, by enhancing the interoperability of army, navy and air force resources, and by establishing multinational Joint Security & Strike Teams in key areas of interest which can act quickly and effectively to neutralise emergent threats. New aircraft carriers, so that the total number of craft never again falls below the number of potential theatres, are an operational necessity: so too is a re-evaluation of our strategic nuclear and counter-nuclear posture, in a world where deterrence may be less effective and active defence measures more so.

Britain must be unwavering in her spirited defence of personal liberty, economic freedom, and the rule of law. Both at home and overseas we must fly the flag of democracy and promote the self-evident truth that free markets and free trade are the greatest liberators of societies and the greatest mechanisms against poverty. Our foreign policy objectives must be guided not merely by statistics, spreadsheets and the whims of greying Whitehall mandarins, but set clearly by an ambitious, bold and assertive government which leads from the front on the global stage. As we allow the past to inspire us, we must let the future motivate us to do more and better. Britain’s best days are not behind her. And Britain’s next Conservative government will reinvigorate her spirit.
Top
Post Reply
2 posts • Page 1 of 1