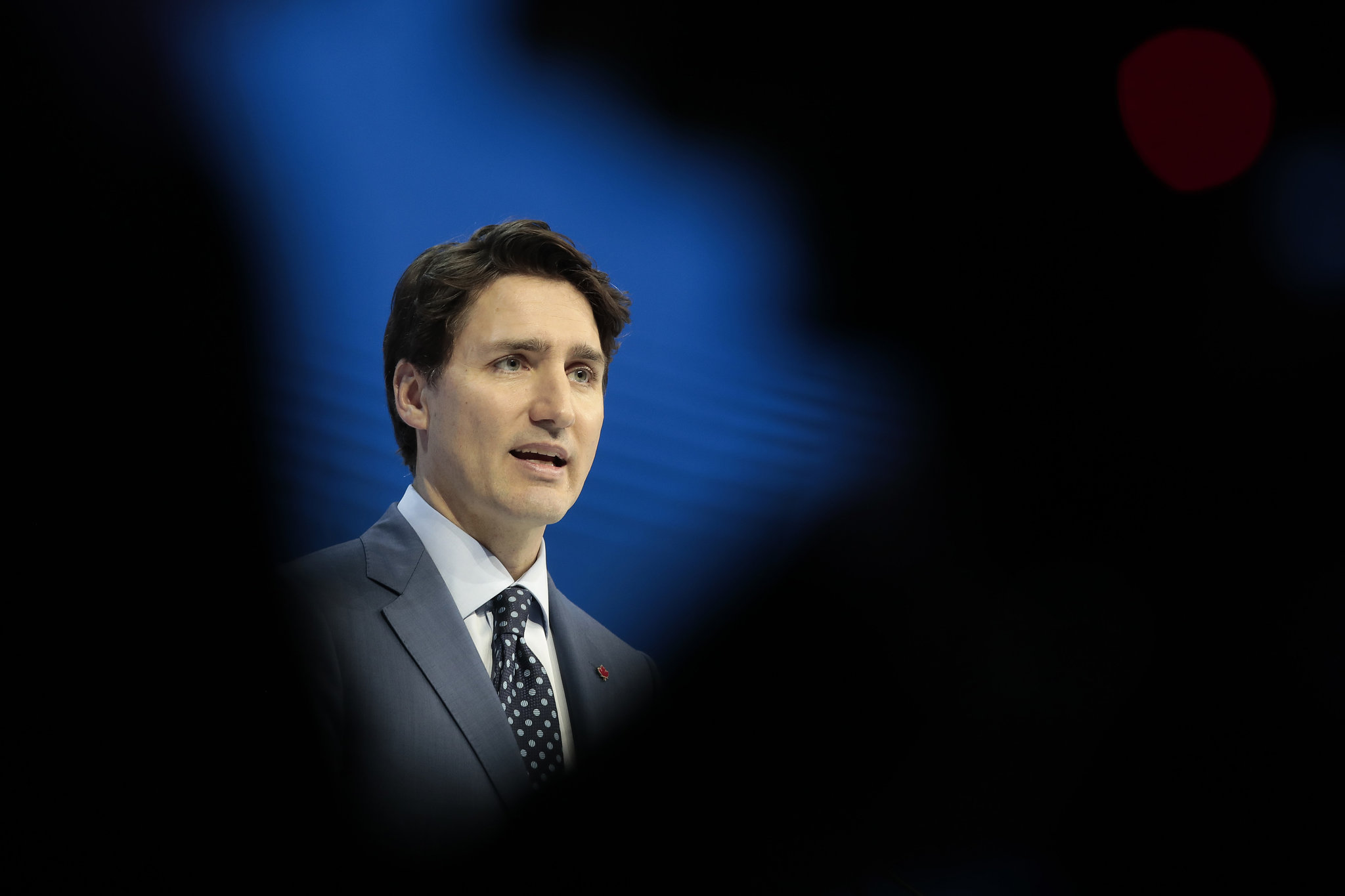 After leaving the White House, Mr. Croft heads to the US Capitol where he addresses the House Republican Caucus, making the case for a renewed joint commitment to fight terrorism and rogue actors.

It is great to be here tonight, amongst friends and political compatriots, to discuss our shared conservative principles and the challenges that face the free world.

Our two countries are each a testament to never underestimating the little guy. The United Kingdom, once an island nation of plucky explorers and sailors, has grown to be one of the most powerful nations in the world. The United States, born from a band of rebels determined to chart their own course in the world, now stands as the globe’s preeminent super power. Our nations are proof that the power of the individual should never be underestimated, and that you should never make the mistake of counting out what consistent resilience can achieve. I am myself no stranger to being counted out; the British press and political establishment have gone to great lengths to show that they don’t take me very seriously. But that’s never bothered me. After all, virtually no one took a former oil man from Texas very seriously a few years ago either. Now he’s the President of the United States.

The stories of our two peoples may have begun with humble beginnings, but today the Special Relationship between the United Kingdom and the United States represents the greatest partnership for freedom, progress, and democracy in the world. That is what I would like to talk about this evening: our countries’ joint role as the leaders of the free world, and the responsibilities that come with it.

As the two nations that stand as the world’s consistent vanguards of freedom I believe we have a moral responsibility to our people, and the people suffering under oppressive regimes, to boldly counter the forces that seek to plunge humanity into the darkness of barbarism and chaos. I say this not as some vague platitude, but because I genuinely mean it. Those of us in this room tonight are some of the luckiest people in the world because of our opportunity to live in a free society. Our democratic institutions, our legal traditions, and our national commitment to liberty are the envy of the world. We owe it ourselves to protect the freedom we have, and we owe it to the world to fight towards a future where those who do not yet know freedom will one day experience it’s beauty.

Over the past decade we have seen the slow but steady rise of forces across the globe that seek to oppose Western society, and fundamentally undermine our free and democratic way of life. We see oppressive dictators, from Saddam Hussein to Kim Jong-il, tighten their grip on power and quash dissent wherever it exists. We’ve watched as radical terrorist organizations have expanded their power, with insurgency groups like the Taliban coming to take full control over Afghanistan. Just a few months ago, a Hamas suicided bomber brutally killed 21 people in Tel Aviv, with most of the victims being innocent teenagers whose only fault was being in the wrong place at the wrong time. The depraved tactics that these monsters will use know no bounds, and the lengths that they will go to enforce their world view by violence know no limits. The status quo we face cannot be allowed to stand.

The task before us is great. The enemy we face is unlike anything we have dealt with before. Gone are the days of traditional warfare played out through conventional military force. The threat being posed to nations like ours now comes in the form of suicide bombers, biological warfare, and radical terrorist insurgenices that seek to advance their corrupt world view upon democratic society through violent means. As the tactics of our enemies change, so too must ours. It is incumbent upon Britain and the United States to innovate our approach in order to effectively combat the threat posed by terrorists and rogue states alike. We must be vigilant, we must be proactive, and we must take preemptive measures to do all we can to defend freedom and work towards a world where terror has no room to fester. There are steps we can and must take, as partners within the Special Relationship, to begin immediately changing our tactics and better equipping the nations of the free world to combat this most recent iteration of tyranny.

First, I believe the United States and the United Kingdom should be far more aggressive in countering the nations and state actors that provide material support and safe haven to terrorist organizations. States sponsors of terror like Iraq, Iran, and Libya have become breeding grounds for violent extremists and are actively making it easier for these groups to plot and execute terrorist attacks. The recent joint operation between British and American forces in February of this year, that crippled Iraqi airfields, serves as a clear example for what our two countries can do to deter rogue actors when we work as one. That action, in my opinion, should become the rule and not the exception. These nations don’t simply pose a threat to us because their regimes are hostile to our people, but because of the insidious role they play in hosting terrorist organizations and allowing these groups to use their countries as launching pads for future attacks. Even a country like the Taliban-ruled Afghanistan, which is not presently on the list of state sponsors of terror in your country, has allowed the Pakistani extremist group the JUI to use the Afghan countryside as a training ground for some 100,000 soldiers over the past 6 years. We must set the example that no nation that chooses to actively aid and abet terrorist organizations will go unpunished. Through military and economic means, we should ratchet up the pressure placed on dictators and strongmen that allow terrorism to flourish in their countries. We can do this all without placing our soldiers in direct harm, while still achieving meaningful action in deteriorating and undermining the states that enable terrorist groups to execute their evil attacks against free people.

Second, our two nations should lead a renewed international effort to bring together a coalition of like minded nations in the fight against terrorism and rogue states. While NATO was originally founded to be an alliance primarily focused on military defense, I believe the organization can play a leading role in the fight against terorrism. The constituent member nations of NATO have shared a commitment to addressing the threat facing the Western World since its inception, and that goal should now naturally evolve to more acutely address the modern challenges we face in regards to terrorism and rogue actors. I believe NATO should develop a specific set of strategies to combat radical terrorists in the Arab World and across the globe, and it is my express hope that Britain and the United States will lead this new effort. Beyond NATO, I think it is vital that our two countries use our leverage as members of the United Nations Security Council to apply much needed pressure on the nations that aid terrorists. Through UNSC binding resolutions and action, we can rally the nations of the world against dictators who purposefully enable terrorist groups and provide them with material aid. This commitment to work with our international partners must, in my view, include doing more to support our Israel allies. Israel is a consistent partner in the fight against terrorism, and represents the one bright light of true democracy in the Middle East. At a time when the Israeli people are subjected to near daily attacks at the hands of Hamas terrorists, and with the ever present threat Iran poses to the Jewish people, the United States and United Kingdom must stand resolutely behind them as staunch allies.

And third, and in my view most importantly, we should commit ourselves to better understanding the root causes of terrorism and endeavour to address them. Terrorism and the violence it advocates can never be justified, but it is undobutedly in the interests of our two nations to better understand why one considers joining a terrorist organization so that we can tackle this problem at its root. Dr. Karen Morton, a researcher at Britain’s Plymouth University, argues that, “great economic divide is perhaps recognized as the number one cause of terrorism, for it is suggested that recruitment is easy when people have so little to lose.” Dr. Morton believes, and I certainly agree with her, that devastating poverty leaves many people in the third world with no opportunity and no chance at leading a meaningful life, and makes the stability and financial security afforded by terrorist organizations an attractive alternative to a life of squalor. It is becoming increasingly clear that perhaps the easiest and most effective way to directly counter terrorism is to fight it at its cause, by providing economic, infrastructure, and education assistance to developing countries in order to provide opportunity and encourage impoverished peoples to lead a life of dignity and value. Britain and the United States should work together to uplift poor countries, to bring them into the developed world, and to ensure their people have access to the tools they need to work towards a better life. It would be a mistake, my friends, to misinterpret terrorism as a threat that can be neutralized solely through military action. Terrorism is much like the mythological hydra; we can continue to aimlessly cut off the heads of the beast, but only striking at the heart will defeat it once and for all. I believe doing that requires a commitment to uplift the poorest around the world, and to eliminate the influence terrorist organizations wield over the most vulnerable.

Keeping our people safe, and keeping the torch of freedom lit, requires a bolder and more robust approach than we have ever before committed to. As two nations that have fought side by side for the cause of freedom for centuries, I know we are capable of rising to the occasion. Together, the United States and the United Kingdom can bring the fight to the doorstep of the terrorists, and we can win. There is no alternative, there is no room for half measures, we must be in this fight together and we must do everything necessary to win it.
William Croft MP

Leader of the Opposition
Member of Parliament for Chipping Barnet, 1997- Present
Shadow Secretary of State for Education and Employment, 1999-2001
Top
Post Reply
1 post • Page 1 of 1