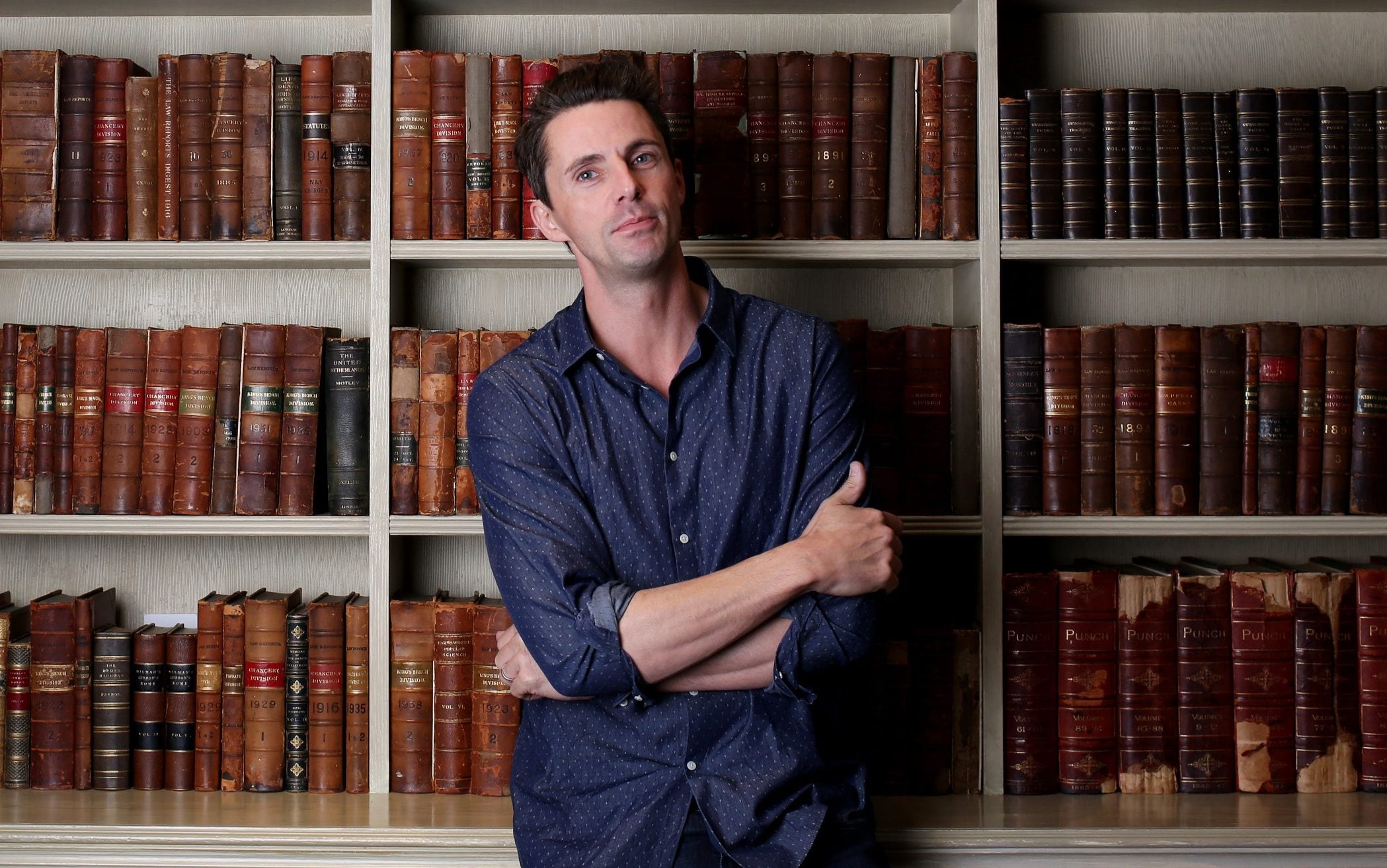 Bio: Simon Godwin was born to Jack and Lucy Godwin (nee Williams), two academics in the field of History and Philosophy. Simon was their second child of three and only son. Jack and Lucy Godwin were members of the Labour Party, and were prominent members in the Brighton Labour party, and Simon grew up around politics and political figures. One of his earliest memories was Barbara Castle sat at his parent’s dinner table, which was in 1978 in the run up to the general election. From a young age he showed an aptitude for the humanities, including history and geography. He attended Westminster School, where he was a member and later captain of the debate team and played midfield for the school’s hockey first team.

In 1991 he attended Selwyn College where he read Politics, Philosophy and Economics. At Cambridge, Simon was what you would expect a future politician to be; ambitious, opinionated and smug. He was a member of the Cambridge Union and was elected President in his final year. Graduating Cambridge he immediately went to Parliament to serve as Parliamentary Assistant to Margaret Beckett. In 1994 the Smith Institute was established, and Simon took on the role of Policy Adviser focusing on Local Government policy. He remained with the Smith Institute for 4 years when he was hired by Alistair Darling as his Special Adviser.

In 2001, he left Government to work in the third sector for Shelter, eventually rising to Director of Campaigns for the charity. It was during this time at Shelter that he experienced the horror that it is to be homeless and destitute, that governments of all colours must do more to tackle homelessness nationally. In 2003 he met his wife, Luciana, a political reporter for the Guardian. In 2006 they had a daughter, Jessica.

Simon had been politically active since a teenager, and during his time at university and during his career his commitment to the Labour party only strengthened, and he actively pursued election to Parliament. In 1997, only four years out of University, he stood for Mid Sussex and despite that Labour landslide he was unsuccessful. In 2001 he stood again in Mid Sussex and was unsuccessful. In 2003 the sitting MP for Hove announced his retirement, and with thanks to his connections in the party and close familial links in the area he was successful in selection and was later elected in 2005.

Hove had long been a bellwether seat, accurately predicting the national result, and upon taking his seat he made his maiden speech where he highlighted the impressive work the Labour government had on reducing poverty but delivered a call to action for the Government to do more on tackling homelessness and rough sleeping.

Simon had long been a supporter of Gordon Brown and the Tribune wing of the party. He believed deeply in the ideals of Labour first and that the success of the Parliamentary Labour Party was paramount, and only through Labour holding Government could they truly deliver the change the country needed. For the first two years of being an MP he remained a loyal backbencher, and in 2007 was appointed PPS to the PM, and his ascent up the greasy pole began quickly being promoted to junior minister in DCLG and later Minister of Housing and Planning. The young MP was being noticed within the party and was a popular fixture on the Sunday news shows. He was seen as a rising star in the party.

However, disaster struck in 2010. The bellwether nature of his Hove seat proved true and he lost to the Conservatives by a whisker - something he lays blame for at the Liberal Democrats - for the Conservative vote share barely moved but there was a direct correlation between the increase in the Lib Dem vote share to his decreased vote share. Ever since then, and the ensuing Lib Dem/Tory alliance he distrusts the liberals and lays more than enough blame at their feet for austerity.

Now without a job he had to decide what his next steps were. Fortunately, with more than enough contacts within the party and a vacancy at the Smith Institute he was hired as its Director. A post he held up until his re-election in 2015. Keeping his feet fully submerged in the Labour party he was able to attract big names to the Institute and his time there was some of the happiest times of his life, it almost was enough to keep him from running for Parliament again. But in 2014, and the state of the country after years of the Coalition and their austerity politics he knew that he had to get back into the ring fully. He was re-selected for the Hove constituency and returned to Parliament on an increased majority to his 2005 election. The bellwether status of Hove seemed to be broken.

Despite being out of Parliament for five years he quickly slotted back into the PLP, with most of his friends still there but a radically different party. In the 2015 leadership contest he nominated and supported Andy Burnham. He was sceptical of Jeremy Corbyn and the movement he represented, one that did not seem serious about pursuing political power but as a loyal member of the party he accepted a position within his Shadow Cabinet as Shadow Minister for Housing and Planning. At first he relished being back in the cut and thrust of frontbench politics, but he became increasingly frustrated with the leadership, and at one point joked with a frontbench colleague “Who’s he going to say next? Doris from down the fucking road?”

2016. The fateful year of the referendum and the leadership challenge. Simon was pro-EU but had never really been pressed on the topic before. During the referendum he openly supported the Remain Campaign. He campaigned across the South of England, and actively supported cross-party campaigning with Simon joining Conservative, Green and Liberal Democrat (through gritted teeth) politicians and campaigners to bolster the national campaign. After the referendum campaign, and the accusations made of Jeremy Corbyn, which he agreed with, Simon joined the numerous resignations from the Shadow Cabinet, and supported Owen Smith in the 2016 leadership challenge.

After leaving the frontbench, Simon became more vocal in his criticism of the Labour leadership and their failure to cut through against a robotic and uncaring Prime Minister. In the 2017 General Election, Simon was re-elected again with a massive majority. The 2017 election may have quietened the critics of Corbyn but it did not silence them, for despite all their gains they failed to remove the Conservatives from office. Since the election Simon has joined the Housing, Communities and Local Government Select Committee and was elected Chair of Labour Friends of Israel in 2018. With the accusations of anti-Semitism levelled at the Labour leader Simon has called on Corbyn to resolutely condemn anti-Semitism, pursue an active campaign of expulsion of anti-Semites from the Labour Party and commit to immediate action to tackle anti-Semitism within the Labour party.

Simon was an opponent to the deals brought back by the Prime Minister and has voted against the deals every step of the way. However, now that Britain has left the EU he has accepted that reality and has said publicly that he will “scrutinise the trade deal negotiated by this Government, but I am not holding my breath that they will succeed.”
Dominic Burrows
MP for Brighton Pavilion (2017-Present)
Green Party of England and Wales
Top